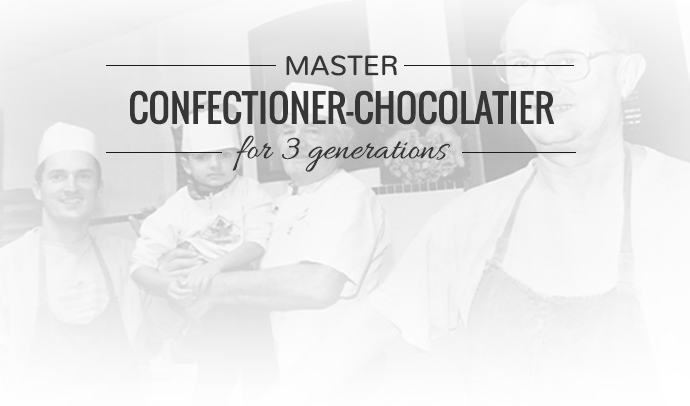 Maison VERDIER was created in 1945 by Guy Verdier. For nearly 80 years, the Verdier family has been perpetuating its love of gourmet flavours and the demanding work of unique craftsmanship. The family has passed down its recipe for success through the generations whilst maintaining its values and quality standards. 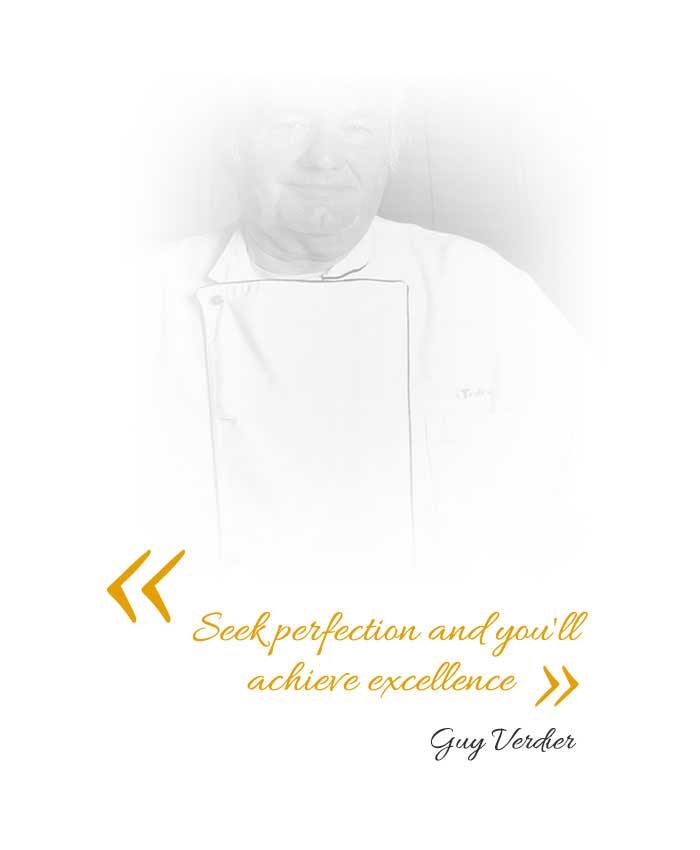 In 1945, pushed into the food industry by his family, this poet who dreams of the fine arts sets his sights on confectionery. Operating out of a poorly equipped shed, the beginnings were quite difficult. Then, luck turns and fate smiles. Colonel de Marignan, then director of confectionery Bordeaux “The Duchess of Aquitaine”, provided all professional equipment with a repayment period of one year. Passionate and hard-working, Guy Verdier took just six months to pay off his debts.

At first, Guy Verdier followed the trend of the time by making boiled sweets and a range of coloured confectionery. He then immersed himself in the development, improvement and refinement of his confectionery. The range quickly expanded and improved: sweets, barley sugars, fruit pastels … all whilst respecting local know-how and tradition. He received his first award with his Berlingots des Pyrénées confectionery.

Guy Verdier was motivated by the quest for innovation and began expressing his talents with chocolate and the creation of new flavours. After many tests, he created the famous Raisins Dorés, which to this day is the brand’s best-selling product, often copied but never equalled.

To ever improve and continuously move forward with the times are strong principles that have always inhabited this master craftsman. Guy Verdier was recognised for his gourmet genius by becoming an honorary member of the prestigious French Academy of Chocolate and Confectionery.

The second generation took control of the workshop in the 1960s with Alain and his wife Paulette. This is a new dynamic that drives Maison VERDIER. Alain is a visionary manager.

While remaining true to the craftsmanship of manufacturing, Alain Verdier modernises the company to adapt to the high demand of customers. The second generation Verdier is also distinguished by its desire to innovate in high-end chocolates that bring envy and passion with their original creations, exploring new ingredients and new flavours.

The passion and the determination of Alain and Paulette made it possible to position the VERDIER brand alongside the biggest names in French gastronomy. Its know-how and creativity are often rewarded and in 2014 Maison VERDIER obtained the prestigious label of Entreprise du Patrimoine Vivant. 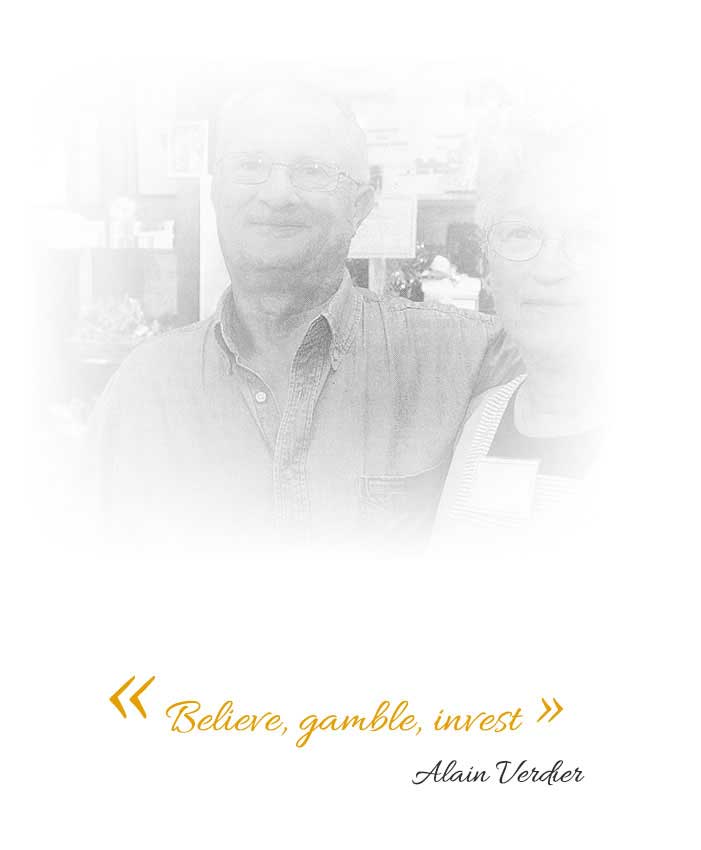 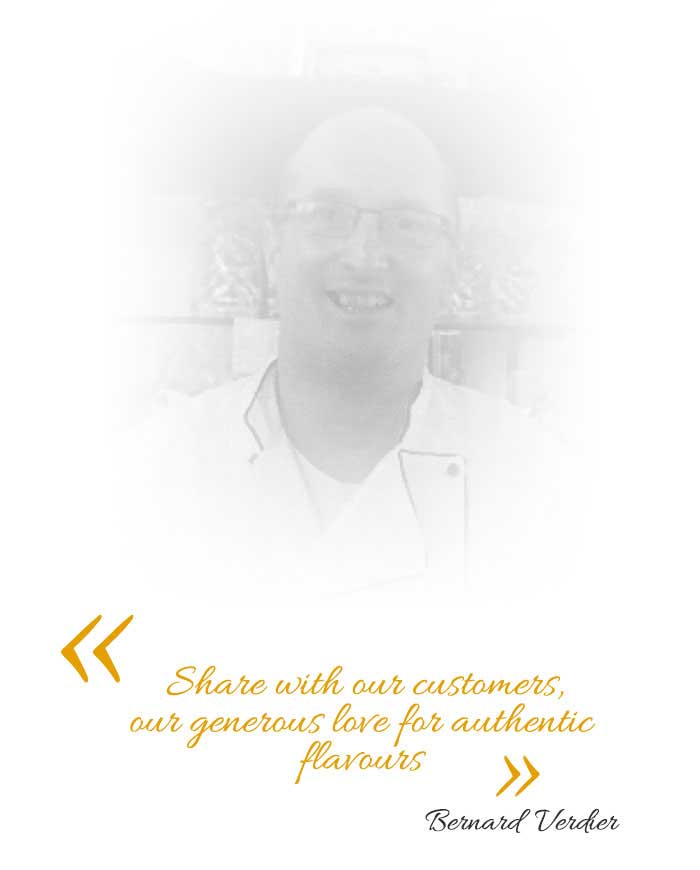 For the grandson of the founder, his passion for the smell of chocolate and cooked sugar stayed with him from childhood. Having graduated from the National School of Pastry and Confectionery, he joined La Maison and instilled a new impetus into the family business. His path was marked and in 2013 he took over the management of the workshop.

Without betraying the authenticity and the quality of the products, pillars of the family’s artisanal production, Bernard Verdier opened the family institution to new horizons and brought an international dimension to the brand. Maison VERDIER embarked on a journey to conquer the palates of gourmands and gourmets beyond France. In Europe, Japan and China, the success was immediate, especially with the quintessential Raisins Dorés©.

Aware of the great family legacy, Bernard Verdier continues to place the taster at the centre of his creations and strives for excellence whilst maintaining French tradition.